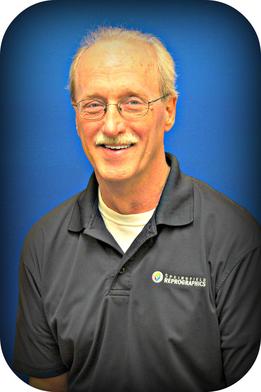 Born and raised in Homer, Illinois, Steve Wakefield planned to be a teacher. He graduated from SIU Carbondale with a Physical Education major and a minor in mathematics. He taught for a year and then moved into the insurance industry. Never in a million years would he have guessed that one sales appointment would change all of his plans.

Steve met and eventually married Trudy in 1981, and soon went to work in her father’s business – Springfield Blueprint. He jokes that he’s still paying premiums on that initial sales call. He apprenticed with his father-in-law and took over the business in 1985.

Like many industries, the world of printing has evolved due to improvements in equipment, software and education. The responsibility to stay ahead of the concepts and trends shaping the industry today while maintaining consistent service with extra attention to detail is something Steve takes very seriously. Not just for the sake of his existing customers – but looking to future generations as well. His son Kevin joined the family business in 2015, and Steve hopes one day to pass the torch on to him.

For now, Steve continues to enjoy the wonderful world of print. And they can do it all - from blueprints and business cards to signage and vehicle wraps. Need toner for your business printer or ink cartridges for home use? Springfield Reprographics can handle that, too!

As for that Physical Education degree? It’s still put to good use today. Steve has coached local youth soccer teams since 1992. 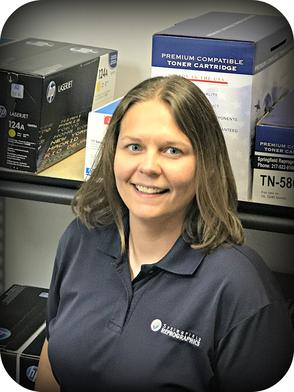 Born and raised in Petersburg, Illinois, Kevin Wakefield literally grew up in the printing industry. And like most kids, he wanted to try something different after graduating from Williamsville High School. He attended Lincoln Land Community College in Springfield, and while there he decided to become a chef! He was accepted into the International Culinary School at the Art Institute of Indianapolis, graduating with a Culinary Management degree in 2013.

If you’ve already read Steve’s profile, you know that Kevin is back in the printing industry. Dad recruited him in December 2015, and perhaps Kevin acquiesced as an early Christmas present for his father. Whatever the reason, the son-side of the management team at Springfield Reprographics likes the creative side of the business, embraces new technology and enjoys finding new ways of doing things. And dad is there to show him the ropes, teaching him to practice due diligence and always running the numbers before jumping into a new project. 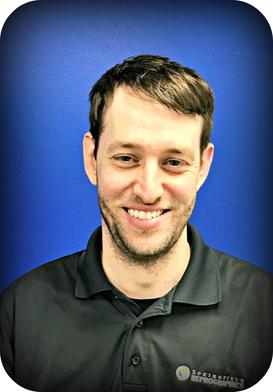